The Swagtron T6 Hoverboard has been causing a stir ever since it was announced at CES 2017 earlier this year. Fast-forward to March, and this cutting-edge self-balancing board hit the streets. Subsequently, sending fans and followers worldwide into something of a frenzy. 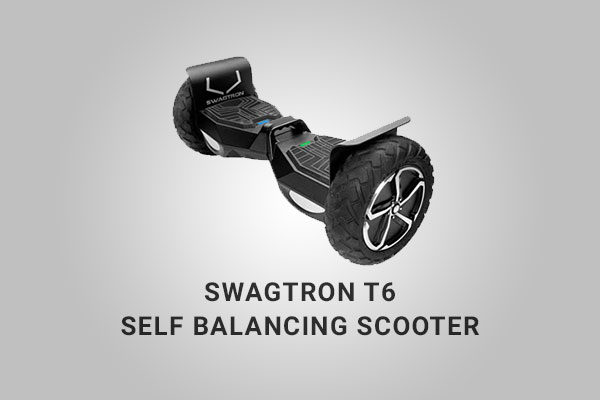 Once again, the Swagboard model continues the legacy of its predecessors. As expected, it brings a range of new features, functionalities, and killer-tech to the table. But what makes the T6 an entirely different animal from the T1, T3 and T5? The fact that this time, it’s an all-terrain board we’re looking at. This means that while its sibling are better-suited to the smooth stuff, the Swagtron outlaw t6 is a go-anywhere piece of kit.

Grass, mud, snow, and even sand, this exclusive model is ul2272 certified and designed to handle it all. And it certainly looks up to the job with its massive 10-inch rugged tires. The question being – does it live up to the hype when put to the tests? This review explains about “How does the Swagtron T6 Off-Road Hoverboard measure up by today’s high standards”?

1) As already touched upon, the biggest new feature to have come to the Swagtron T6 is its gigantic 10-inch all-terrain tyres. They’re also inflatable, which makes for so much greater versatility than comparable solid tires. Brilliant for absorbing impact and dealing with anything you can throw at them.

2) With two 35-Watt motors under the hood, power is no problem for the Swagtron Swagboard Outlaw T6. You probably won’t notice much difference in terms of speed from prior models, but it really does the business on rough ground and inclines.

3) That said, the 12mph speed limit is right up there with the faster boards on the market. Certainly fast enough for most. And you’ll be looking at a range of up to 12 miles per charge, depending on how you handle it along the way. 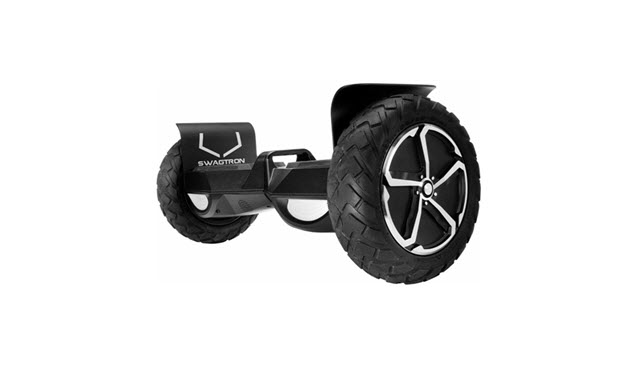 4) SentryShield lithium-ion battery protection is becoming a new standard and has been baked into the Swagtron T6. So in terms of safety, peace of mind comes in the box as standard.

5) Other design features include a seriously impressive weight capacity of up to 420lbs. That’s way more than pretty much any of its closest rivals – more than double in some cases. There’s also a bunch of new LED lights for added safety, capable of emitting light up to 6.5-feet in both directions.

6) The Bluetooth speakers have been taken a step in the right direction with the Swagtron T6, offering clearer, louder, and generally better sound than ever before. There’s also no denying how smooth and slick the unit itself looks as a whole.

7) As for swagtron app control, these guys have a local reputation for delivering the good for a very valid reason. Download the app and turn your phone into a fully-functional trip computer, which makes the experience with the Swagtron Swagboard Outlaw T6 Off-road hoverboard even more enjoyable.

Put to the test; there’s not too much I can say about the Swagtron T6 Off-Road Hoverboard that’s not already been said. Quite simply – it’s the kind of beast that’s guaranteed to take you by surprise!

I’m hardly the heaviest guy, not at 200lbs, but I still can’t help but notice when so many boards just don’t feel built to handle the average adult human being. You get on, and they do the job, but it somehow feels labored. With this off-road hoverboard, it’s pretty much the exact opposite. You get the feeling that even if you had a second person on your shoulders, it wouldn’t even flinch.

Not that we’d recommend doing this, be still impressive stuff! On smooth surfaces, it’s a little like riding a mini monster truck. There’s something to be said for the extra bit of elevation, while the smooth ride from the air-filled tubeless tires makes such a difference. Even on rough roads and sidewalks, you feel nothing. 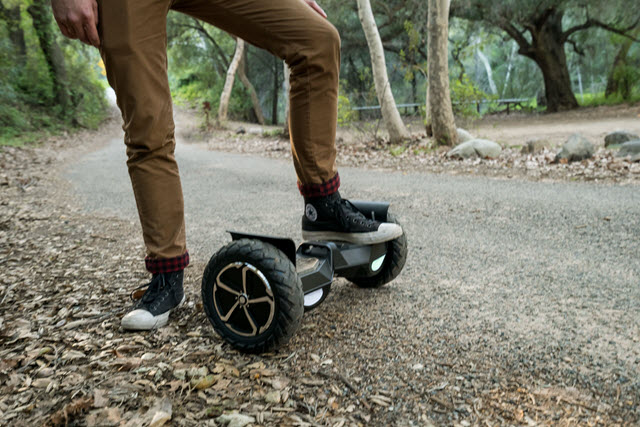 But it’s when you head out onto grass, dirt, and fairly steep slopes than the Swagtron T6 shows what it’s made of. It doesn’t just handle rough terrain – it makes mincemeat out of it. And all while minimizing bumps and impacts, translating to a smooth ride wherever you head. Plus, it does all of the above with minimal noise, not to mention a top speed that’s as fast as you’ll ever need.

My only tiny criticism was that when dealing with rougher terrain off-road, the 12-mile range comes down quite massively. But then again, it’s only to be expected.

To tell you the truth, this is one of the best off-road hoverboard available. It may pack a premium price, but it also packs one hell of a punch. It stands out for the simple fact that the moment you step on it, you can feel the quality of both its materials and its construction. 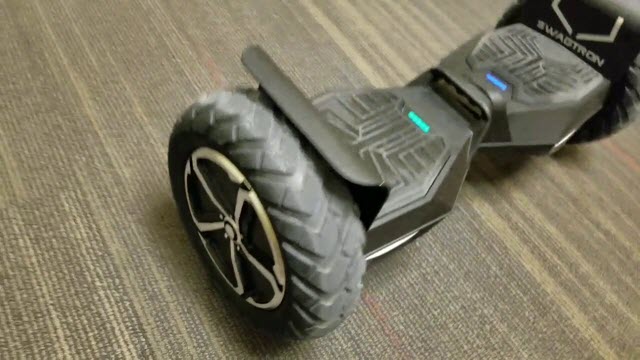 You never get the feeling it’s going to crap out on you when the going gets tough. And it doesn’t – I didn’t find any (sensible) scenario that this hoverboard couldn’t handle. Those 10-inch tires really do take this electric scooter into a league of its own – one you can’t help but be impressed by.

Still, it’s a shame they didn’t make it fully waterproof, as it would have been ideal for splashing round on the shoreline. But this picking fault – the Swagtron T6 All Terrain Hoverboard lives up to expectations in every other way going. To such an extent that it could well set a new standard for all off-road scooters in its class.