As a general rule of thumb, I’m opposed to riding any self-balancing scooter that isn’t safety certified. Unless it has full UL 2272 certification, I don’t normally go near it. The Leray Hoverboard being one example of such a board, which was withdrawn from sale quite some time ago.

In this instance, I was willing to make an exception for one important reason. I didn’t have to charge it myself – nor did I need to bring it into my home. Instead, I popped by a colleague’s place who recently inherited one as part of a job-lot online purchase. To keep things safe, we charged the Leray Hoverboard outdoors, before trying it out in an equally safe space. 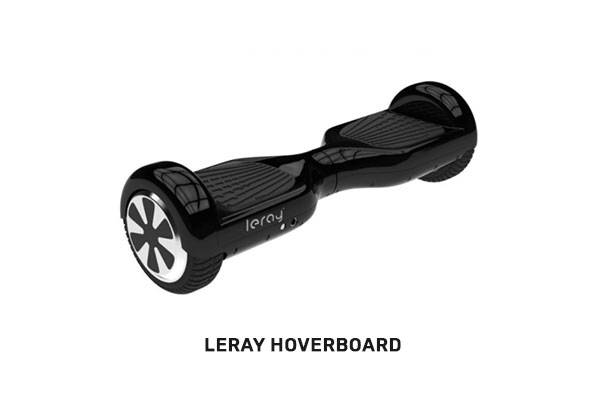 Was my Leray Hoverboard review tainted by its less-than-ideal safety record? Perhaps, but I was actually quite impressed with the way it performed. As usual, I was out to put its power, speed, stability, and value for money to the test. You can’t buy it anymore, but I know it was a cheap board to pick up back in the day.

Despite this, it has a feeling of quality you can’t deny. It even picked up an award or two in its heyday, though that’s before UL safety certification became the new norm. In any case, I wanted to see how the Leray electric hoverboard stacked up as a scooter in its own right. The fact that I’m here to tell the tale confirms it didn’t explode into a ball of fire along the way!

Other than this, there’s little about the board to pick fault with, even by today’s standards. Let’s take a closer look at how it performed when put to the test.

1) According to the manufacturer, the maximum weight capacity of the board is 220lbs. Meanwhile, the board itself weighs just 22lbs.

2) Four different color choices are available, with plenty of bright LEDs in the deck for improved visibility in darker conditions.

3) The latest lithium-ion battery technology reduces charging times to less than 2 hours (up to 80% in less than an hour).

4) Twin motors under the hood deliver the power to carry heavier riders up to a top speed of around 6mph.

5) The maximum range of this Leray hoverboard is approximately six miles, equating to around an hour of riding per charge.

6) Capable of climbing inclines of up to 15°, with an advanced braking system to keep the deck at a controlled speed when descending.

My Experience with Leray Hoverboard

As mentioned, I was painfully aware of the fact that the board I was testing (probably) wasn’t UL 2272 certified. As a result, I was hesitant to bring it indoors. Instead, therefore, I conducted my review in its entirety outside: grass, compacted dirt, concrete, and so on – all the usual hard surfaces. 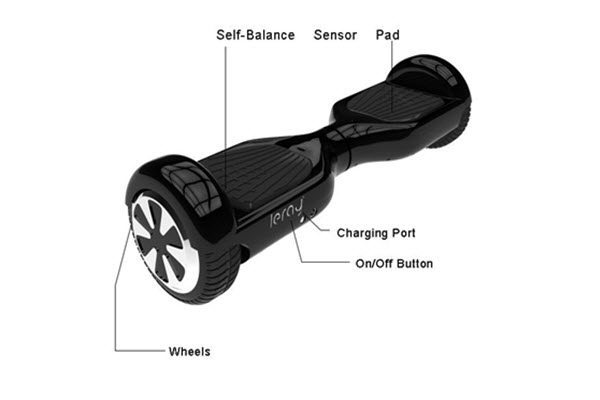 Aside from looking the part, I was suitably impressed by the general durability of the Leray self balancing scooter. It felt like a scooter of quality, with a decent amount of weight to it. No bending, creaking or squeaking when you step on it – this thing has clearly been designed with adults in mind. It was charged (outdoors) and ready to go in around 90 minutes, after which I set off on my journey.

My first finding – what the Leray lacks in speed it makes up for in pulling power. 6mph isn’t particularly fast, but the way this thing carries a weighty load is impressive. Responsive, maneuverable, and with surprisingly fast acceleration, taking bumps in the road and the occasional incline in its stride.

I’d say I got about 5 miles out of it before the battery was dead, which is reasonable enough. There’s no Bluetooth speaker or app, but I’m not the kind that uses them, anyway. The deck features just the right number of LEDs for enhanced visibility, without looking tacky.

Easy to use, enjoyable to ride, and with a decent punch of power under the hood, I was pleasantly surprised with the Leray Hoverboard. Though admittedly, not enough to push my luck by charging it a second time – I thought it best to quit while I was ahead!

If the Leray Hoverboard relaunched (which it might have) with UL 2272 certification, job done. I’d be happy to recommend it to anyone and would give it my own personal endorsement. When considering its low purchase price, it’s got more than enough power and punch to satisfy. 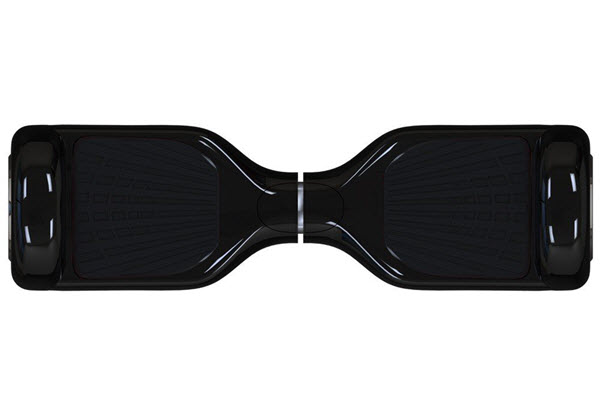 I’m also a sucker for any board that charges in less than 2 hours, which remains a rarity even today. On the downside, any board that isn’t UL 2272 safety certified isn’t considered safe. Standards have evolved enormously over the past few years, paving the way for a new wave of ultra-safe and extensively tested boards.

If the Leray Hoverboard makes an appearance with UL 2272 certification, it’s well worth checking out. If the board you’re looking at (from any brand) isn’t UL certified, set your sights on something else.

If you still need additional options, don’t hesitate to visit our best hoverboards list and check them out.