Does the XtremepowerUS 6.5 Inch Hoverboard live up to its name? Sort of, but you have to be realistic with your expectations when spending $200 on a self-balancing scooter. Particularly if you’re on the lookout epic all-terrain hoverboard for off-road action, you’ll need to up the ante a little price-wise!

Back with this Hoverboard, what you’re looking at is a surprisingly capable and enjoyable addition to the $200 segment. The name could be considered a little on the misleading side, as it’s by no means the most powerful board out there right now. It outperforms many of its rivals within the $200 bracket, but again you need to be realistic with your expectations for this kind of price. 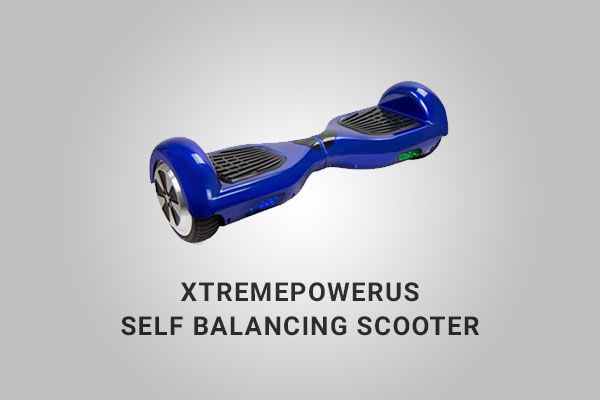 In any case, the XtremepowerUS Hoverboard is well put together, powerful enough to carry heavier adults and has a very impressive range from a single charge. Packed with the latest self-balancing technology, it’s also ideal for kids and newcomers. In this review, I’ll be looking at some of the reasons why this bargain board continues to enjoy top-seller status online.

1) First up, the XtremepowerUS 6.5 Inch self-balancing scooter scores big points for its equally large 6.5 inch air-filled tires. The kind of thing that instantly guarantees a much smoother ride on all sorts of terrain, not to mention better usability on the rough stuff. According to the manufacturer, the XtremepowerUS does the job on grass, mud and even sand.

2) A variety of color choices are available, each of which coming with corresponding ‘hubcaps’ to finish the wheels in the same color.

3) Power comes courtesy of a two-hub 350-W motor, which is pretty much the usual standard for a board around this kind of price. Though impressively, the product specifications state that the XtremepowerUS is capable of flying along at just under 10mph – a shade better than others that top out closer to 8mph.

4) Equally impressive is the claim that a single change is enough to take the XtremepowerUS anything from 12 to a full 15 miles. If accurate, this vastly outperforms a variety of similar scooters selling for the same kinds of prices.

5) Though clearly not designed for heavier types, the XtremepowerUS can still hold up to 220lbs as its maximum capacity. That said, they recommend keeping its load below the 220lbs mark for optimum performance.

6) The XtremepowerUS is fully UL 2272 certified, which means it’s as safe as they come in terms of battery protection. In fact, I’d never advise picking up or even riding a scooter that doesn’t carry this certification as standard.

7) There’s a built-in speaker so riders can take their tunes with them on the go, which according to the manufacturer, is bigger and more powerful than the average. In any case, it’s another standard to look for when picking up a board for this price or above.

8) Super-bright LED lights make for safer riding in hours of darkness – not to mention a pretty cool light show.

9) Last but not least, claims to fame for the XtremepowerUS round off with the promise of charging times of just 60-120 minutes. Which, when coupled with its extremely impressive range, adds up to a solid package.

My Experience With XtremepowerUS 6.5 Inch Hoverboard

As far as first impressions go, the XtremepowerUS 6.5 Inch Hoverboard neither blew me away nor disappointed me. By no means is it a scooter that looks and feels cheap or poorly produced. But at the same time, it also doesn’t come across as ultra-premium.

Admittedly, I dropped the damn thing while unboxing it (my fault entirely) and discovered just how easy the paint scrapes off. So if you plan on having any collisions, your XtremepowerUS isn’t going to look great for too long! Still, looks aren’t everything, so I’m happy to put this to one side.

A Story of Pluses and Minuses

What’s more, I have to say it was a little wobblier than I expected when first getting used to it. Not a problem if you know your way around a board, but could be a little tricky for newbies. Once up and running or rolling, the XtremepowerUS scooter becomes much more impressive. As expected, those generous-sized tires make for a seriously smooth ride and are up to par both on and off-road.

I wouldn’t advise attempting to tackle loose sand or soft mud with it, but for a bit of dirt and grass here and there, no problem. It keeps the manufacturer’s promise of dealing with inclines of up to 17-degrees, though to be honest, things get quite laborious before this mark. I’d say the top-speed estimate of near 10mph is a little on the optimistic side – I found the XtremepowerUS 6.5 self-balancing hoverboard scooter w Bluetooth speaker to run more around 8mph to a max of 9mph.

Likewise, you might get 15-miles out of it if you weight next to nothing and stick to smooth roads, but with me, it was done closer to 10 miles. Still, this hardly adds up to anything disastrous when considering the seriously low price of the thing.

On the whole, I can’t really say anything too negative about the XtremepowerUS 6.5 Inch self-balancing scooter when considering its price. Admittedly, the manufacturer makes a couple of pretty epic claims that the board itself perhaps can’t live up to. 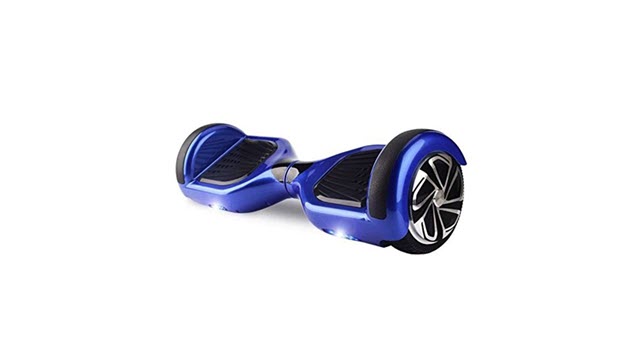 But regarding covering the basics, it’s right up there with anything else for around the $200 mark. The XtremepowerUS is all about basic fun and enjoyment – not power and performance. And with a charging time of as little as one hour, it delivers the kind of fun and enjoyment that just keeps on coming!