Some hoverboards are designed to look the part but don’t exactly set new standards by way of performance. At the opposite end of the scale, there are plenty of solid performers on the streets that are less-than eye-catching. The TOMOLOO Music-Rhythmed hoverboard having been designed to raise the bar in both arenas.

The question being – have they managed to pull it off? Particularly given the surprisingly low price of the TOMOLOO Music-Rhythmed self-balancing scooter, are we looking at the ultimate combination of style and substance? 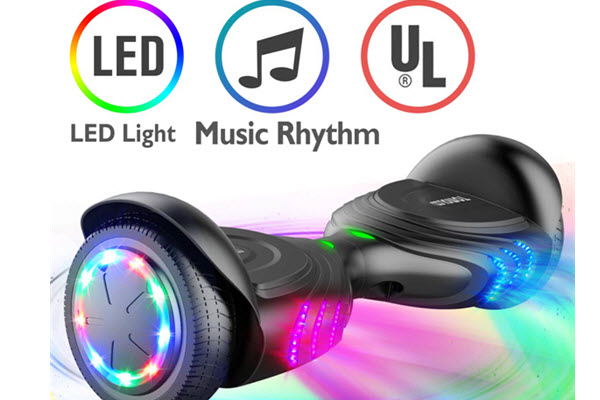 Short answer – it depends on your personal tastes. In this TOMOLOO Music-Rhythmed hoverboard review, we’ll be taking a look at some of the defining features that set this board apart from its closest competitors. Promising a lot for less than $200, the blurb and hype surrounding this thing seem almost too good to be true.

Nevertheless, check out a handful of TOMOLOO reviews doing the rounds right now and you quickly learn that these guys are actually the real deal.

Features of the TOMOLOO Music-Rhythmed Hoverboard 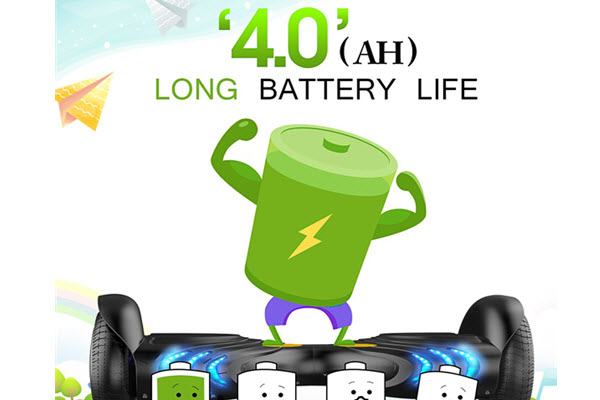 It was actually my daughter who set her sights on the TOMOLOO Music-Rhythmed self- balancing scooter after one of her friends turned up the park on hers. One thing I can tell you right off the bat – you can see and hear this thing coming from a mile away. Connected to a Smartphone or tablet, the board is capable of blasting-out tunes with pretty impressive power and quality.

As for the LEDs, it’s quite the self-contained disco that does its thing as the music plays. There’s no denying how great this thing looks, but I’ve always been more interested in performance than safety. It looks like a board that’s all style and no substance, but it turned out this wasn’t the case at all. Mount the TOMOLOO Music-Rhythmed hoverboard and you feel an immediate sense of power, control, and manoeuvrability.

Particularly when flying around at its top speed of 12kmh, it feels significantly quicker than a lot of comparable boards. It doesn’t flinch when carrying heavy riders and nor does it shy away from moderate inclines. The TOMOLOO Music-Rhythmed hoverboard has been designed to perform best on hard and smooth surfaces, but it’s also great on grass, hard dirt and the original rough patch. It hasn’t been certified as waterproof, so I didn’t test it in wet conditions.

I was also quite impressed with its range, which I calculated to average around 10km – just as the manufacturer specifies. Charging times are average, but solid enough when considering the hour or so of operational time you get from each charge. I had a great time testing it on the pathways and pavements around our home – my daughter simply couldn’t get enough of it.

I was more about its general performance, whereas she fell in love with the audio-visual side of things. In fact, the only slight criticism I came up with while reviewing the TOMOLOO Music-rhythmed hoverboard was the fact that there is no option to deactivate the music- rhythmed lights.

If I was using it on a regular basis, I probably wouldn’t want the lights making such a spectacle of things at all times. In addition, an option to deactivate the lights could probably improve its battery life and range, which would be an added selling point.

As mentioned, my only minor gripe with the TOMOLOO self-balancing scooter was the fact that the light show can’t be turned off. Nevertheless, you wouldn’t buy a board like this in the first place if that was your intention. 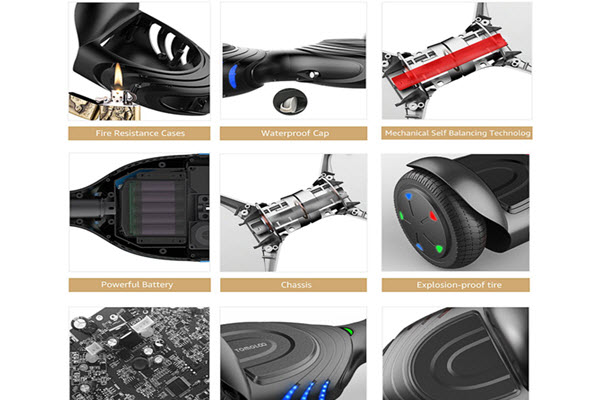 The whole point of the thing is to put on and enjoy an audio-visual spectacle to enhance every ride. In this department, the TOMOLOO scores top marks. Nevertheless, remove all the visual embellishments from the equation, and you would still be looking at an impressive, high-performance board at a surprisingly low price.

There’s more than enough power under the hood to deal with heavier adults, the top speed is spot on, and the range is just right. It’s also fully safety-certified for total peace of mind and ships with a manufacturer’s warranty.