Read unbiased reviews of the best and top-rated hoverboards in the market here. All the hoverboard reviews we have given here are written by experts! 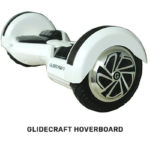 The Glidecraft X325 Hoverboard is one of those curious devices that disappeared from the likes of Amazon quite some time ago. It’s still widely available via in several major online marketplaces but isn’t quite as prolific as it used to be. Something I can’t fully explain, as on paper, at least it seems to tick all the right boxes. Having acquired (don’t ask me how) a … END_OF_DOCUMENT_TOKEN_TO_BE_REPLACED 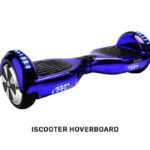 It’s been a while since the iScooter hoverboard first hit the scene, which at the time made quite an impact. With its Bluetooth connectivity, built-in speaker, and so on, it was a serious board at a bargain price. It was also UL 2272 safe – all the makings of an impressive piece of kit. That said, things have come a long way over the past couple of years. Boards that were … END_OF_DOCUMENT_TOKEN_TO_BE_REPLACED 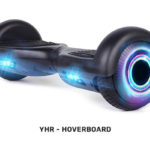 Looking for a low-cost board that does the business for both kids and adults of all ages? Look no further than the gorgeously put together YHR hoverboard. Boasting one of the most impressive exterior designs of any board in its class, this is a device that does it all. Or at least, so claims the manufacturer, but how does it stack up when put to the test? The spec-sheets is … END_OF_DOCUMENT_TOKEN_TO_BE_REPLACED 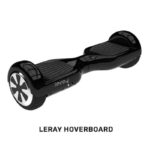 As a general rule of thumb, I’m opposed to riding any self-balancing scooter that isn’t safety certified. Unless it has full UL 2272 certification, I don’t normally go near it. The Leray Hoverboard being one example of such a board, which was withdrawn from sale quite some time ago. In this instance, I was willing to make an exception for one important reason. I didn’t … END_OF_DOCUMENT_TOKEN_TO_BE_REPLACED 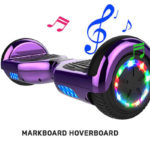 Some manufacturers go to the extreme to stuff as many LEDs into their boards as possible. And in most instances, the results are downright spectacular. The MARKBOARD hoverboard being a prime example - a simply stunning little machine. Nevertheless, it takes more than great looks alone to gain my personal recommendation. Almost every MARKBOARD hoverboard review I’ve seen is … END_OF_DOCUMENT_TOKEN_TO_BE_REPLACED