Just when you thought the world of hoverboard riding couldn’t get any better, along comes the extraordinary Lamborghini 8.5″ Hoverboard. Deny it all you like, but the appeal and allure of a board that carries the Lamborghini logo are huge. Especially in this case, when accompanied by those sizeable 8.5-inch wheels for maximum off-road performance.

I recently test-drove the slightly smaller version of this Lamborghini board. If you’ve checked out my previous review, you’ll know I didn’t really find a great deal to complain about. It may not have been an outright game-changer in terms of features and functionalities, but it was nonetheless one of the most enjoyable boards I’ve ridden in a long time. 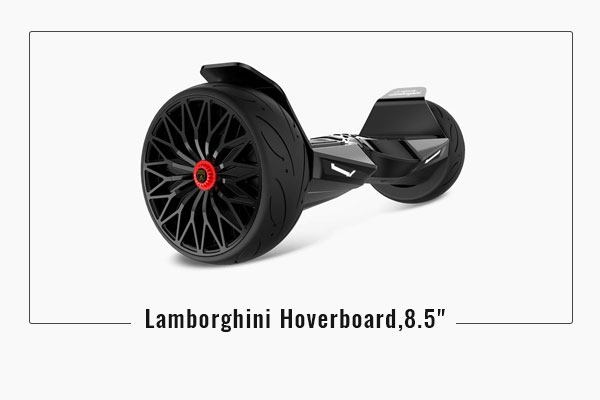 Not to mention, whether one of the Lamborghini boards on the market represents better value for money than the other.

Let’s take a look at how it performs when put to the test in a little more detail.

Features of the Lamborghini 8.5″ Hoverboard 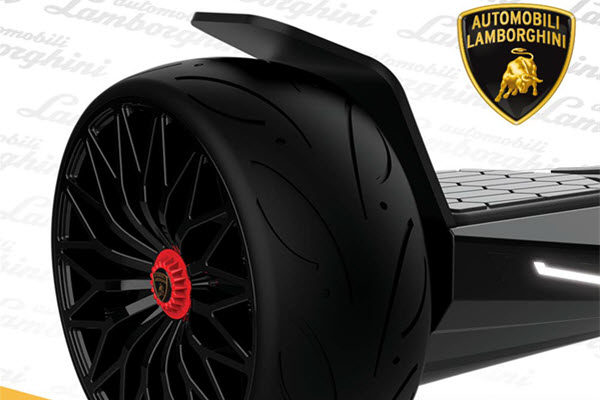 My Experience with the Lamborghini 8.5 Hoverboard

Thankfully, I was loaned this particular self-balancing scooter to try out, so I didn’t have to wax $350 of my own money on it. That said, if I’d decided to buy a premium scooter for this kind of money and this was the board I chose, I wouldn’t have been disappointed.

As previously mentioned, you really can’t deny the appeal of a board that is officially endorsed by Lamborghini. It looks (almost) as epic as the real deal – especially those iconic and unmistakable wheels. Speaking of which, my primary intention was to determine if and to what extent the larger wheels major difference.

Long story short, they did. 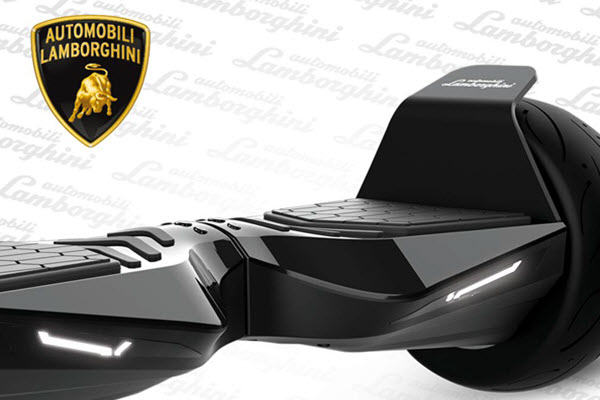 Apart from its amazing looks, one of the things I was most impressed with when reviewing its smaller sibling was the way it dealt with rougher surfaces. Increase the size of the wheels to 8.5-inches, and this thing simply glide across anything you can throw at it. All with that same reassuring feeling of power, performance, and total control.

Those three rider modes are great, making a noticeable difference to the way the board handles from start to finish. In terms of range and maximum speed, I’d say I got about 9mph out of it with a range of around 10 miles, give or take. I don’t tend to make use of Bluetooth speakers in self-balancing scooters too often, but even I was impressed by the quality of the speaker in the Lamborghini 8.5″ board.

Again, I’m not a huge fan of the engine noise option you can blast out of the speaker if you wish, but it is nonetheless 100% optional. I also handed the board over to my daughter to try out – she had just as much fun with it as I did. It’s hard to put your finger on it entirely, but there’s something about this Lamborghini Self-Balancing Scooter that just feels every bit as premium as it looks. Not that you’d expect anything less for this kind of money, but still – it’s far cheaper than a real Lamborghini sports car!

I’ll be honest – I found the whole thing to be a bit of a no-brainer. Assuming both the 6.5-inch and 8.5-inch versions are available for (near enough) the same price, and you may as well go for the larger model. Unless something has escaped my attention, the 8.5-inch version of the Lamborghini board does everything its smaller sibling can do, and then some more.

It might be slightly less compact, but what you get in return is the ability to cruise over just about any surface with total confidence. As before, it’s up to you to decide whether $350 is too much for a toy. But once again, you need to consider what it is you’re getting for your money a genuine Lamborghini vehicle.