Up for grabs in an array of colorful finishes, the Erover hoverboard is the classic case of love at first sight. The fact that it’s also up for grabs at a rock-bottom price, making it an even more appealing prospect. The main Erover hoverboard Amazon listing disappeared a while back, but it can still be picked up from a variety of sellers.

A classic smart scooter with two wheels of 7-inches, the Erover hoverboard has been designed to deal competently with most everyday surfaces. It’s also safe and stable enough for newcomers and kids, making it a popular choice for families who prioritize safety. 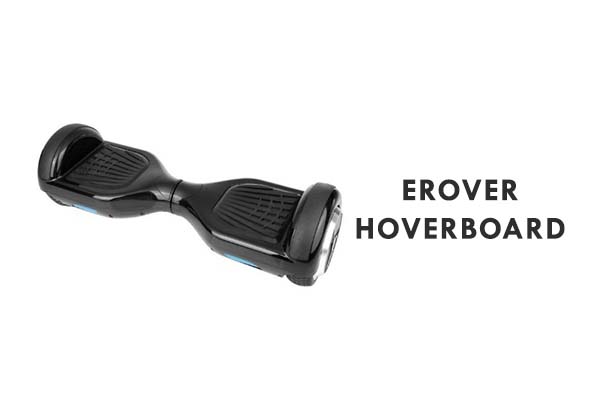 Still, this previous top-selling scooter on Amazon now faces increasingly stiff competition from hundreds of comparable boards. It’s still a popular choice for adults and kid riders alike, but how does it measure up when compared to its closest rivals?

Read through my detailed Erover hoverboard review of all the information you’ll need to decide whether this is the board for you.

Features of the Erover Hoverboard

1) Everything about the Erover has been designed with safety and simplicity in mind, making it easy for kids and newcomers, in particular, to get to grips with the basics.

2) One of the key selling points of the Erover is the way in which the battery can be charged from full in less than 2 hours – way faster than any comparable boards. 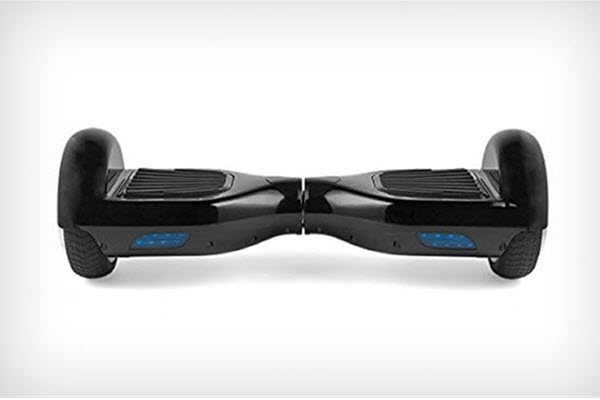 4) The deck features a series of LEDs for enhanced visibility in darker conditions, while at the same time making the board look great.

My Experience with Erover Hoverboard

The first thing that impressed me about the Erover actually came courtesy of the manufacturer’s guidelines. To my (pleasant) surprise, this thing sports an enormous 500W dual-hub motor under the hood, which translates to a whopping 1000W of total power.

Which goes some way to explain why it’s more than capable of carrying heavier adults and making you feel way lighter than you actually are! Along with plenty of pulling power, the Erover also impresses with its perfectly nippy top speed of 10mph. This puts it in line with a fair few mid-range scooters and slightly ahead of the usual low-cost options. 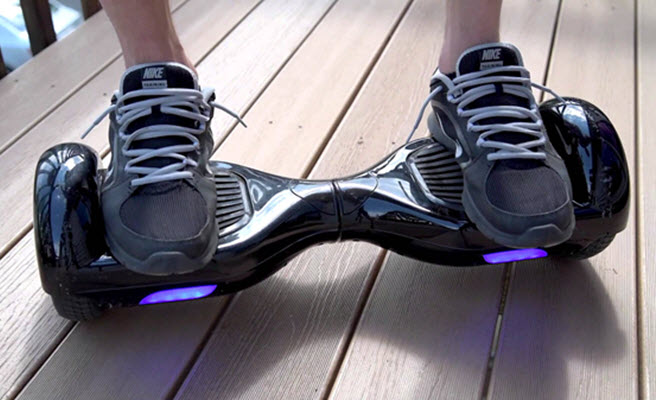 The same also applies to its range, which after just 2 hours of charging tops out at 10 miles – very impressive again for such a powerful and heavy-duty scooter. In terms of general safety and stability, no drama whatsoever to report. Stepping on and off the Erover Hoverboard is a stable and reassuring experience, while the ride itself is nice and smooth.

It’s not designed to cope with tricky off-road terrain, so you’ll want to keep it on smooth everyday surfaces where possible. The only downside I have to report with the Erover is that as far as I can see, there’s no mention of the board being UL 2272 safety certified.

This doesn’t necessarily mean it’s not a safe board to charge or ride but is a little on the unusual sight, to say the least. UL 2272 safety certification is something of a standard these days for all boards that make it to market – those that lack it do tend to be subject to scrutiny. If your head is still spinning from all of the information presented above, check the best hoverboard for adults.

It’s a tricky one to reach a conclusion with, given how safety is the number one concern for the vast majority of scooter riders. While this thing was around, it was widely regarded as an extremely capable and reliable hoverboard for adults and kids of all ages. One with plenty of power under the hood, an excellent range, and a good reputation in general. 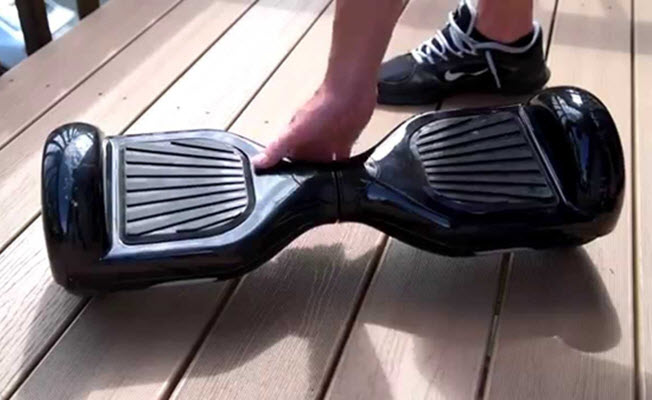 Since then, UL 2272 safety certification has become something of a prerequisite for most people buying hoverboards. Though it’s not to say that a board that hasn’t been UL 2272 certified is dangerous, it’s bound to raise eyebrows. Hence, I can personally say with confidence that my experience with the Erover Self Balancing Scooter was superb.

I liked everything about it – speed, range, looks, stability, and so on. But at the same time, I also have to call attention to its lack of UL 2272 certification. Unless it’s been awarded UL 2272 safety certification since this review was published, in which case, you can forget all the negatives and focus exclusively on the positives!