I’m all for the most iconic hoverboards on the market from the biggest and best brands in the business. That said, I’m also always on the lookout for something I’ve never heard of. A prime example in the latter bracket being the Astroboard hoverboard, which I honestly didn’t know existed until about a week ago.

At the request of an online seller who specializes in self-balancing scooters, I set about the process of putting the Astroboard hoverboard through its paces. Though before doing so, I conducted the usual online research process to see what I could find out about it. To my surprise, what I found out was almost nothing at all! 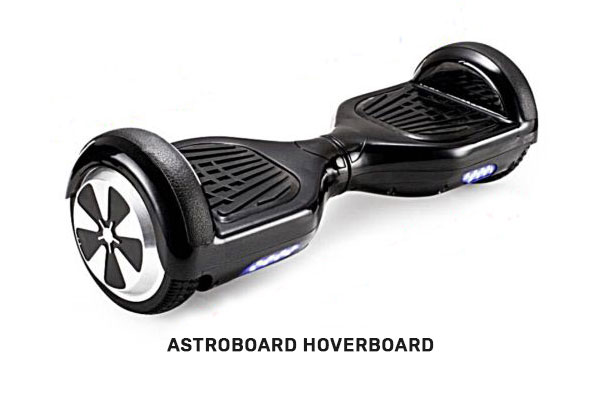 Shy of the occasional Astroboard hoverboard review from a couple of years ago, I struggled to find any real information whatsoever. The only thing I discovered was that the Astroboard features an impressive Samsung battery, which apparently runs circles (literally) around most generic hoverboard batteries.

I read somewhere that along with generally decent performance, this thing is capable of charging in less than an hour and can keep running for as long as FIVE hours. I was as skeptical as I’ve ever been, but I’m always open to a pleasant surprise.

As for how it performed when put to the test, you’ll find all the details in my in-depth Astroboard hoverboard review below.

1) The Astroboard hoverboard is powered by a genuine Samsung battery, with a charging time of less than 1 hour.

2) Remarkably, the board is said to have a maximum runtime of 5 hours from a single charge.

My Experience with Astroboard Hoverboard

As you can see, I didn’t have a great deal to go on by way of technical specifications and manufacturers’ claims. I was sent the board with no box or instruction manual, so it was a case of working things out for myself.

Though to be honest, I was most interested in whether that superior Samsung battery would live up to the hype.

First impressions of the Astroboard self-balancing scooter – a well-designed machine with quality materials and a sleek appearance. Nothing particularly different from the norm, but good looking and with enough weight to feel strong and sturdy. I’d been reassured it was designed for adults, so I wasn’t too worried about its capacity to carry me. 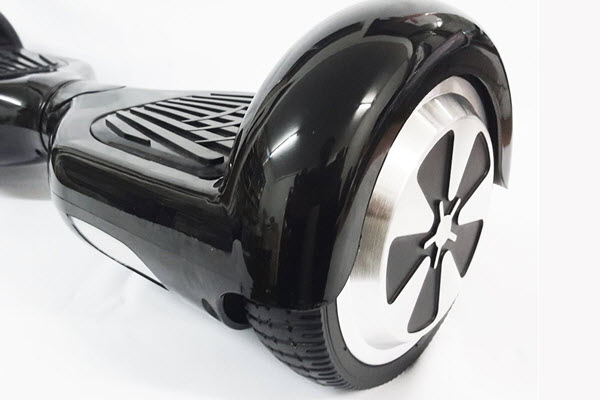 True to its first claim to fame, the board was charged in approximately 55 minutes and ready to go. After which, I tested it on all the usual smooth surfaces indoors and out. Smooth, stable, and seriously easy to ride, it was an enjoyable experience from start to finish. The smart motor system is designed to ensure the board never accelerates, decelerates, or stops too quickly as to be dangerous.

10kmh is about the average for low-cost boards these days but is still more than fast enough for an enjoyable ride. As for that all-important range. Well, I reckon 5 hours of battery life is pushing it, to say the least. Perhaps if you just turned it on and left it unused, you’d get 5 hours out of a full charge. Flying about the place at 10kmh, it’s more like 90 minutes.

Still impressive and better than many comparable boards, but not quite up to its (apparent) claims of a five-hour battery.

In any case, I have a genuine blast riding the Astroboard self-balancing scooter, and I’m always happy to be handed a board that charges in less than an hour. This thing was released around five years ago (as far as I’m aware) and still charges faster than almost any board on the market today.

To be honest, I’d have to see the full spec-sheet for the Astroboard hoverboard to reach a formal conclusion. My experience with the thing was 100% positive, but I’m still searching for the hard facts and figures. 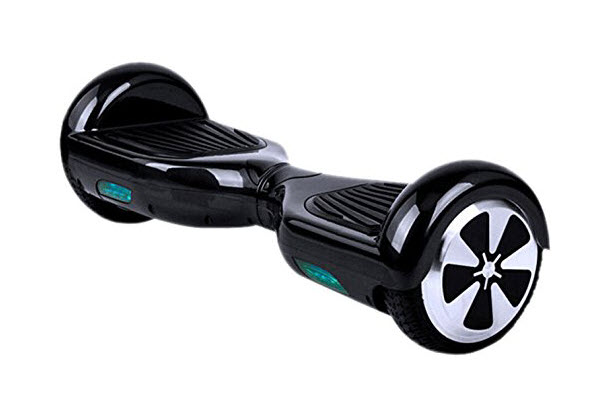 Nevertheless, if ultra-fast battery charging is a priority, you’ll be in your element with this deck. It’s not the most technologically sophisticated board by today’s standards, but delivers an enjoyable ride, nonetheless.